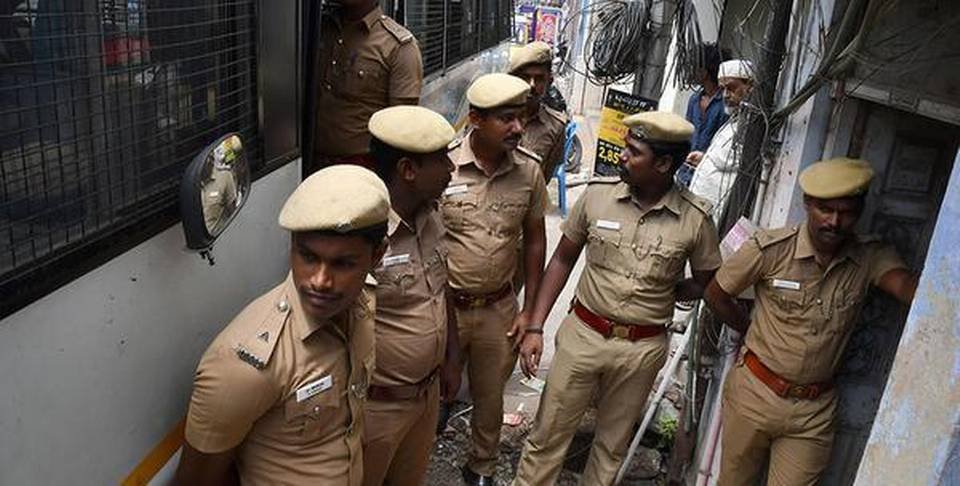 Though it is not clear how and why the suspectswould want to infiltrate Tamil Nadu, police sources said Interpol had issued an ‘Orange Notice’

The Tamil Nadu police are on the lookout for two suspects who escaped from an Iraqi detention centre in the first week of August. Following an alert from Interpol, the State intelligence has sounded an alert to all Commissioners/Superintendents of Police to step up vigil and look for the two who, along with 12 others, allegedly attacked security guards and escaped from the Al-Qanat police station prison in East Baghdad.

Though it is not clear how and why the suspects — Al Lammi Qahtan and Al Shwaili Sadeq — would want to infiltrate Tamil Nadu, police sources said Interpol had issued an ‘Orange Notice’ and that an alert had been sounded across the State.

The visuals of the suspects, mostly drug offenders, escaping from the Al-Qanat police station prison were widely circulated on social media. After a preliminary probe, the Baghdad police chief and two other senior officers were sacked by the Interior Ministry, which ordered a probe into the circumstances that led to the prisoners’ escape.

While special teams, formed to hunt down the suspects, managed to apprehend 12 prisoners within a few days of their escape, the other two remained elusive.

The State intelligence alerted senior police officers to take precautionary steps to prevent any untoward incident in Tamil Nadu, amid suspicion that the Iraqi nationals had entered southern India. A detailed profile of the suspects along with their photographs was circulated to all city and district police headquarters.

Heightened security arrangements are already in place in T.N. following an alert sounded in the last week of August that Pakistan was trying to create unrest in India against the backdrop of the Centre revoking the special status under Article 370 to Jammu & Kashmir. The input also said that Pakistan’s Inter Services Intelligence (ISI) “was encouraging and supporting infiltration of terrorists through land and coastal borders”. “There was a specific input on the possibility of some Sri Lankan Muslim youth infiltrating the State to execute a terror module. Intelligence agencies have also warned of the possibility of Afghan nationals owing allegiance to a banned outfit trying to gain entry into southern India and carrying out attacks. Surveillance was intensified at vital installations and areas of public gatherings on the basis of this information,” a police officer said.