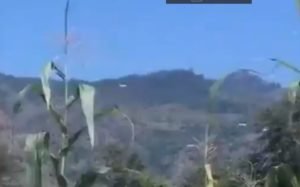 According to a report in Pakistan-based Dawn News, Haider and two of his ministers were in the helicopter, which came under attack from India near Abbaspur village. The PoK official was reportedly on his way to visit “one of his cabinet members”, whose brother had died.

On the issue of not informing Indian authorities about his movement, Haider said that there was no need for the same as he was flying in a civilian helicopter. He added that though he often visited the area, this had never happened earlier.

This comes even as Indian authorities said on Sunday that the helicopter had entered 250 metre inside Indian airspace near the LoC. Indian forces reportedly exercised restraint and New Delhi is expected to lodge a protest with Pakistan over the issue.

A video of the same was also released and widely circulated on social media platforms.

Following this, India and Pakistan also took each other head on as the two foreign ministers address the UNGA. While India reiterated that talks and terror cannot happen together, Pakistan accused India of cancelling dialogue on “flimsy grounds”. India had also exercised ‘right to reply’ after the address of Pakistan foreign minister.