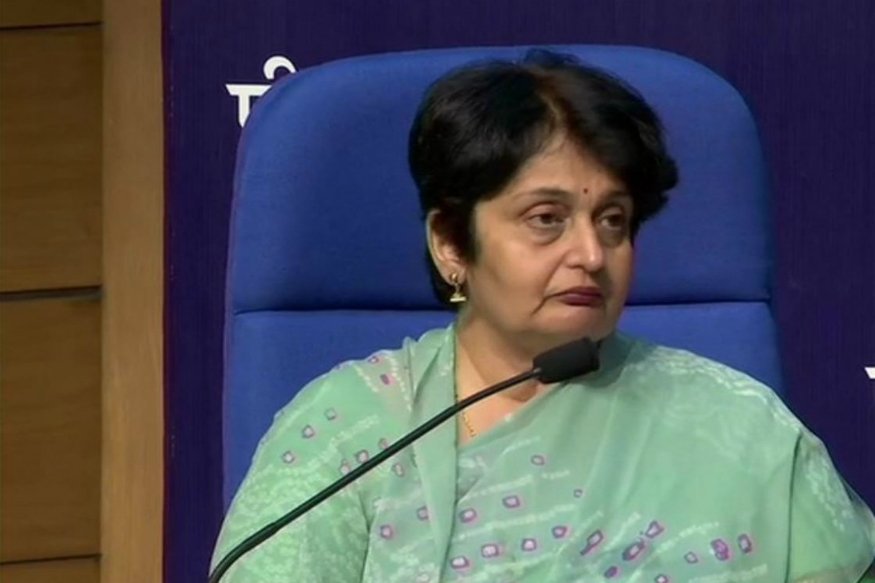 New Delhi: As the outbreak ravages China with ripple effects being felt in other parts of the world including India, union health secretary Preeti Sudan in an exclusive interview with CNN-News18 expresses confidence about preparedness of authorities while underscoring the crucial role of states and explaining evacuation and quarantine efforts so far.

Here are the edited excerpts of the interview:

How prepared is India to tackle the coronavirus situation? Tell us more about Kerala and why more cases are being reported from there. Is it because authorities in Kerala are doing a good job in terms of contact tracing and because they are isolating more people?

Kerala has more students in China and particularly in Wuhan. All three cases are from Wuhan: 454 samples have been tested of which three were positive. We have also tested 645 Indian students. It is not like they are not being tested. There is no positive case. But because the incubation period is unknown, we are testing them periodically to make sure they are infection-free.

Human-to-human transmission is a concern. Is that not a major worry in a country like India? There are so many of us.

Yes. It has been established. We are on this since January 16. We have a focused campaign to ensure that people coming from China or even coming in contact with anyone from China, especially Wuhan, should be home quarantined for at least 14 days. The campaign is about help us to help you. In case of Nipah also in Kerala…when you engage communities on the footing of empowerment then you see the states perform better. We are trying to do this in other states also. All our states are doing hard work. States bordering Nepal have also carried out gram sabhas so that panchayati raj is on board.

Are people approaching you on the helpline numbers or would you want more people to call and inform about their travel?

I request you to flash the numbers. I have been receiving these calls. States also have their helpline numbers. The proactive work of states will guard the country against the spread of infection

We already have got the students back and we did what we could because some students were not well and were not allowed. 645 is a very large number. That is the domain of the external affairs ministry. Now that visas have been suspended, the number of people coming back, I think, will be less.

Have you got complaints of poor facilities at Manesar isolation centre? Parents of some of these children are saying the facilities are bad and that they should be allowed to come back to Kerala

Do you think it would be wise to let them travel to Kerala? I am asking you … I think the facilities are tremendous. I hope you have seen the videos of children dancing. If they are so unhappy, would they be dancing or would they be weeping? As a parent I would be concerned. We have kept them in isolation to protect them. Help us to help you. I think there should be gratitude that the children are safe. They are our children; we will take all steps to make them comfortable. 645 is a large number. You must understand.

What is the health ministry going to do in terms of gearing up if the cases increase because the Army and the ITBP have been involved already?

Our states are prepared. We will improve our preparedness interms of the protective equipment, in terms of masks, spreading information and isolation wards. We are working overtime to catch up with the evolving scenario and keeping our fingers crossed.

What sort of assistance has come from the WHO?

In terms of technical assistance, we have been asking them. We are quite self sufficient. WHO, I am sure, will step in as and when required.

Any major concern in terms of the cases increasing, globally as well?

The whole world is concerned. The rate of increase in China is more. There is no decline. That is a worry. We are keeping watch but we are keeping our country prepared.

How would you compare the H1N1 outbreak to this?

The rate of transmission is faster in this (coronavirus), but the fatality rate is much lower, which is good. Where there is comorbidity, like diabetes, old age, those are the cases where there is need to be more alert.