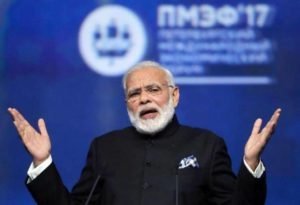 As many as 27 states and Union Territories are ready to join the ambitious healthcare scheme Pradhan Mantri Jan Arogya Yojana after its launch on Sunday by Prime Minister Narendra Modi, a Niti Aayog member said.

Over 15,000 hospitals, both public and private, across the country have expressed their willingness to be empanelled for the scheme which aims to provide 10.74-crore poor families health insurance, Niti Aayog member V K Paul, who is the chief architect of the scheme, told PTI in an interview.

“The Prime Minister will launch the scheme on September 23 but effectively it will become operational from September 25 on the birth anniversary of Pandit Deendayal Upadhyay,” he said, adding that in the current fiscal, the burden on the Centre is likely to be around Rs 3,500 crore.

“With the launch by the prime minister, 26-27 states and UTs are likely to immediately commence the PMJAY,” Paul added. The Niti Aayog member said that five or six states have not signed, so obviously the scheme will not be implemented in those states till they come on board.

“Remaining states that have signed (MoUs with the Centre) should hopefully be in the process of actual launch of (PMJAY) in the next 2-3 months,” he noted.

Paul also said that the government expects thousands of new hospitals to come up in the next five years in tier 2 and tier 3 cities.