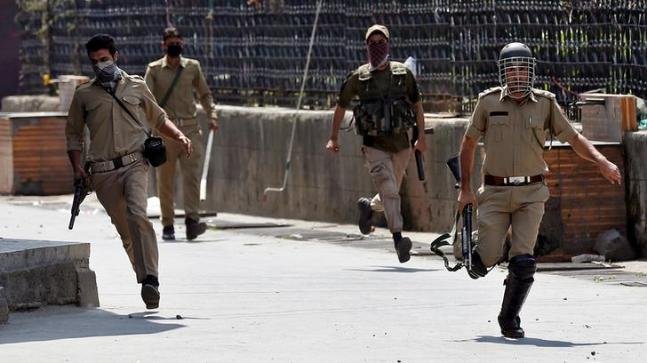 Official sources said that militants barged inside the houses of the policemen in Shopian’s Kaprin village and abducted four of them.

A search operation has been launched to trace the missing police officers.

Meanwhile in North Kashmir’s Bandipora district, two militants were gunned down last night in an encounter with the security forces.

Troops from the Rashtriya Rifles, the Special Operations Group (SOG) of the state police and the Central Reserve Police Force (CRPF) had started a cordon and search operation in Bandipora’s Sumlar village after receiving an input about the presence of militants.