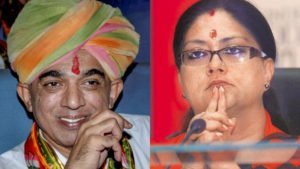 Jaipur: The Congress on Saturday released a second list of 32 candidates for the upcoming Rajasthan Assembly elections. The party has fielded Manvendra Singh, a former Bharatiya Janata Party (BJP) leader, to contest against Chief Minister Vasundhara Raje from the Jhalrapatan Assembly constituency.

The list of was announced by the party’s central election committee General Secretary Mukul Wasnik. 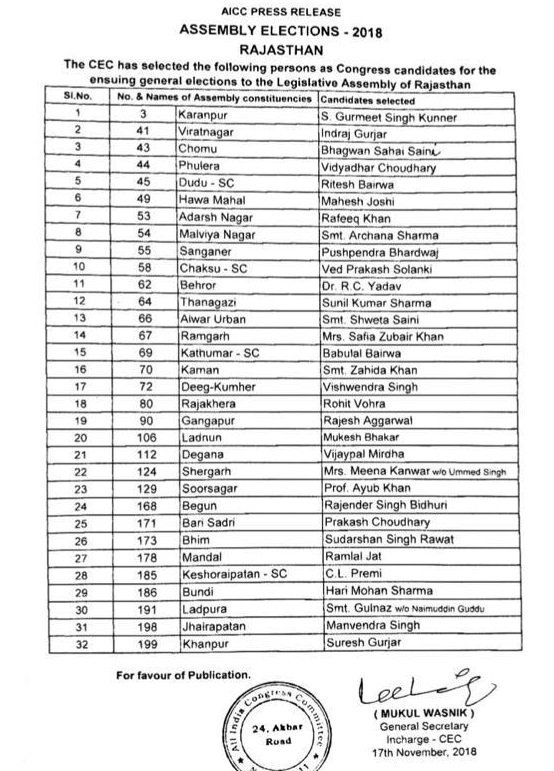 On Thursday, the grand old party released its first list of 152 candidates for the state assembly polls.

The party announced the candidature of 20 out of its 25 sitting MLAs in its first list, besides fielding senior state leaders and those who crossed over to it from other parties.

After several rounds of marathon meetings, the Congress, which seeks to defeat the BJP in the December 7 assembly election in Rajasthan, released the first list of candidates in 152 out of 200 seats.