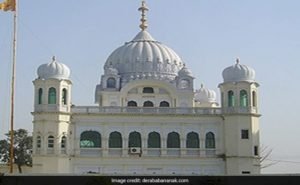 Pakistan has said the decision to open the Kartarpur Sahib corridor could be a step forward in the right direction from conflict to cooperation, animosity to peace and enmity to friendship.

Foreign Minister Shah Mahmood Qureshi, while briefing the National Assembly, said Pakistan has decided to open the Kartarpur Corridor for the 550th Birth Anniversary of Guru Nanak Dev in 2019.

“The Pakistani proposal to initiate the corridor has also been concurred by India,” he said.

He said the initiative will further facilitate Sikhs, especially from India.

“Pakistan’s Kartarpur Spirit can be a step forward in the right direction from conflict to cooperation, animosity to peace and enmity to friendship,” he said.

The foreign minister said Prime Minister Imran Khan will inaugurate the groundbreaking ceremony of the facilities at the crossing on the Pakistan side on November 28.

Kartarpur is a small town in Pakistan’s Narowal, four km from Pakistan-India border, where the founder of the Sikh religion Guru Nanak Dev spent the last 18 years of his life.

Gurdwara Darbar Sahab was built at the site on the Pakistan side and Gurdwara Dera Baba Nanak in India, which are visited by thousands of Sikhs every year.

A statement from the Pakistan Foreign Office said the opening of the corridor will allow Sikh Yatrees ease of access to their most reverential place of worship which has been their longstanding demand.

“This is also reflective of the importance and primacy that Pakistan gives to all minorities,” it said.