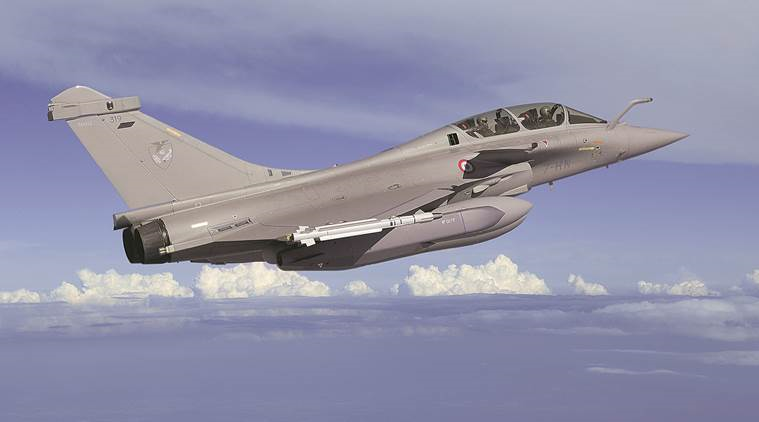 Hours after former French president Francois Hollande said the Indian government had proposed Anil Ambani’s Reliance Defence as the offset partner in the Rafale deal, the French government on Saturday said that it was not involved in the choice of Indian industrial partners “who have been, are being, or will be selected by French companies.”

“The French government is in no manner involved in the choice of Indian industrial partners who have been, are being, or will be selected by French companies. In accordance with India’s acquisition procedure, French companies have the full freedom to choose the Indian partner companies that they consider to be the most relevant, then present for the Indian government’s approval the offsets projects that they wish to execute in India with these local partners so as to fulfil their obligations in this regard.

“As it happens, agreements have already been signed by French companies with many Indian firms, both public and private, under the framework of Indian laws,” said the spokesperson of the Ministry of Europe and Foreign Affairs in a statement released by the French Embassy in New Delhi.

Providing clarifications regarding the contract, Dassault Aviation issued a statement which said, “This contract is a government-to-government agreement, it provides for a separate contract in which Dassault Aviation commits to make compensation investments (offsets) in India worth 50 per cent of the value of the purchase.”

It added, “This offsets contract is delivered in compliance with the Defence Procurement Procedure (DPP) 2016 regulations. In this framework, and in accordance with the policy of Make in India, Dassault Aviation has decided to make a partnership with India’s Reliance Group. This is Dassault Aviation’s choice as CEO Eric Trappe=ier had explained in an interview published in MINT newspaper on April 17, 2018. This partnership has led to the creation of the Dassault Reliance Aerospace Ltd (DRAL) joint venture in February 2017.”

It also said that Dassault Aviation and Reliance have built a plant in Nagpur for manufacturing parts for Falcon and Rafale aircraft.

Francois Hollande, who was President of France when the deal for 36 Rafale fighter aircraft was announced and signed with India, has said the French government did not have a choice in the matter. “We didn’t have a say in that. It was the Indian government that proposed this service group (Reliance), and Dassault who negotiated with Ambani. We didn’t have a choice, we took the interlocutor who was given to us,” Hollande was quoted by French news website Mediapart.fr about the offset contract to the private Indian defence manufacturing firm.

Hollande was responding to The Indian Express news report referred by Mediapart that Ambani’s Reliance entertainment had co-produced a French film Tout La-Haut with his partner Julie Gayet when India and France were negotiating the Rafale deal, “That’s why, on the other hand, this group (Reliance) did not have to give me any thanks for anything. I couldn’t even imagine that there was any connection to a film by Julie Gayet.”

13 thoughts on “Not involved in choosing Indian partners in Rafale deal: French govt”

Twitter Files at the Core of House GOP Censorship Claims