Dr Kafeel Khan was granted bail by the Allahabad High Court in April, eight months after being arrested over Gorakhpur hospital tragedy. 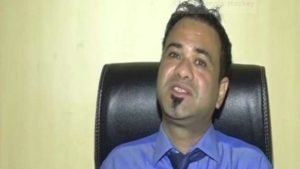 Lucknow: Dr Kafeel Khan, who is an accused in the case pertaining to the death of 63 children in Gorakhpur’s BRD Medical College in Uttar Pradesh, was on Monday arrested in an alleged fraud case. Two others have also been arrested in connection with the case.

They have been arrested by a team headed by SP Vinay Singh and CO Ravi Kumar Rai.

Dr Kafeel Khan was granted bail by the Allahabad High Court in April, eight months after being arrested over Gorakhpur hospital tragedy wherein at least 63 children had died due to a shortage of oxygen.

63 children, including infants, had died in August 2017 within four days due to disruption in the supply of oxygen to medical owing to non-payment of dues to the vendor.

Dr Khan’s wife Dr Shabistan Khan had in a press conference alleged that her husband and other doctors were being denied medical care in jail. The district prison authorities, however, had rejected the charges.

In her press conference, Dr Shabistan had apprehended that the doctors lodged in the prison might be ‘killed’. She said her husband suffered a heart stroke on March 29 but was not given proper treatment.