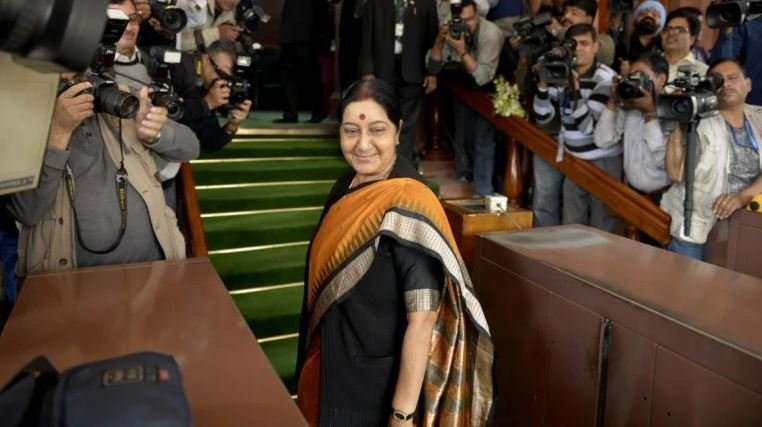 The senior BJP leader was brought to the All India Institute of Medical Sciences (AIIMS) around 10 pm and taken to the emergency. While doctors tried to revive her for about an hour, she died at 10.50 pm, the hospital said in its statement.

Sushma Swaraj’s sudden death triggered a wave of shock and grief with aam aadmi and leaders cutting across political spectrum paying glowing tributes to the astute leader and star minister of the Modi-1 government.

The body of the former Union minister will be kept for three hours at the BJP headquarters on Wednesday for party workers and leaders to pay tributes. Sushma Swaraj’s last rites will be performed at Lodhi crematorium.

WHAT HAPPENED TO SUSHMA SWARAJ?

Despite a severe medical condition and prolonged hospitalisation, she continued to work. Citing health reasons, Sushma Swaraj announced that she will not contest the 2019 Lok Sabha elections held earlier this year.

On Tuesday night, Sushma Swaraj was brought to AIIMS around 10 pm and taken to the emergency ward. The hospital later released a statement saying the BJP leader died at 10.50 pm.

Expressing shock over the demise of Swaraj, President Kovind tweeted, “The country has lost a much loved leader who epitomised dignity, courage & integrity in public life.” “Ever willing to help others, she will always be remembered for her service to the people of India,” he said.

Vice President Naidu said Swaraj’s death was a huge loss to the country and a personal loss to him.”She was an excellent administrator, outstanding Parliamentarian & a remarkable orator. My heartfelt condolences to bereaved family members,” he tweeted.

Lok Sabha Speaker Om Birla said Swaraj despite being a politician, kept human sensibilities paramount. “As an MP, Sushma ji set new paradigms in the country. She always kept the interests of the country foremost and gave it expression. “I salute Sushma ji’s saintly memory. The shining sun of the India’s political horizon has set in the form of Sushma Swaraj,” he said.

Former president Pranab Mukherjee also tweeted, “Shocked beyond words and distressed at the passing away of Smt SushmaSwaraj. An astute parliamentarian, an effective orator & an excellent humane leader, she will forever be remembered and missed. Hers was a story of hard work to heights. My deepest condolences and prayers.”